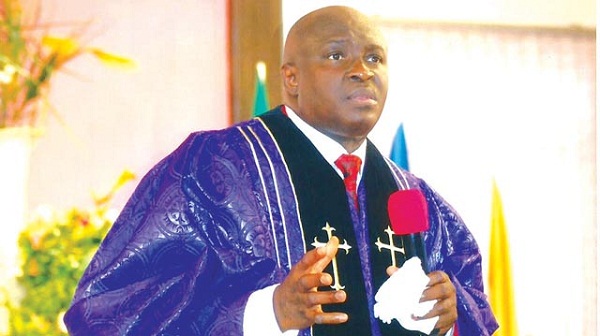 I REFUSE TO GO BACK TO JAIL! (DECLARE A 1-DAY FAST TODAY)

An Italian man escaped from house arrest and begged the police to him in prison because he could not bear living with his grandfather. The 30 year-old man, who could at that time only be identified by his initials, “A.M.,” had been placed under house arrest for six months in the Italian town of Sassari after a scuffle with a policeman. But he escaped and showed up at a police station in the northern city of Genoa (the 6th largest city in Italy), asking them to arrest him and put him in jail because he could not face staying with his grandpa.

A Genoa city court however ruled that Mr. A.M. should return to his grandfather’s house and spend an additional 2 months and 26 days there as punishment. Is it not crazy that a man would prefer jail (bondage) to freedom for whatever reason? And do you know that many believers worldwide are also moving gradually and daily from their original freedom of the cross to the bondage of hell? When you carry the Bible every Sunday, but you secretly curse the Lord in your heart for breakthrough delays, then you are moving very fast back to jail.

When you carry the Bible on Sunday, but engage in (dwell in) sins secretly from Monday to Saturday, then you are running from Calvary to hell. When you secretly wish that you were an unbeliever or you envy your unsaved neighbours because of their artificial comfort or wealth, then you are moving from cross to crisis. When a pastor begins to envy other professions instead of facing the rigours of the call, then he/she is living in SELF-JAIL already. John 16:24 says that it is God’s will that your joy be fill!.

So, when you serve the Lord without the joy of your salvation, then your nartse would soon be called, “Second Bondage -EGYPT.” When your original salvation fire is growing cold and your past prayer and Bible Study becomes greater than your present or your spirit man becomes dry and cold, then you are on the railway to jail. Please use today’s devotional to cry out to your God for a Holy Ghost revival even as you declare a one-day fast! Refuse to go back to jail! I see a NEW THING about to happen!

ODM MOBILE APR IN 8 LANGUAGES IS OUT!

It contains ODM in 8 international languages and it has “War Against Haman-i4″and CHILDREN ODM! IT ALSO HAS ODM IN AUDIO and LOTS MORE! Wow! Satan is in trouble! It is a new beginning! Go to google Play Store and download the “ODM MOBILE”APP now! ODM For Champions May 2019 Day 10 – I REFUSE TO GO BACK TO JAIL!

PRAYER POINTS: Take any song of worship and declare a 1-day prayer/fasting program titled: “I refuse to go back to jail. Lord, walk on the sea again.”
1. Pray about today’s word as it has touched you.