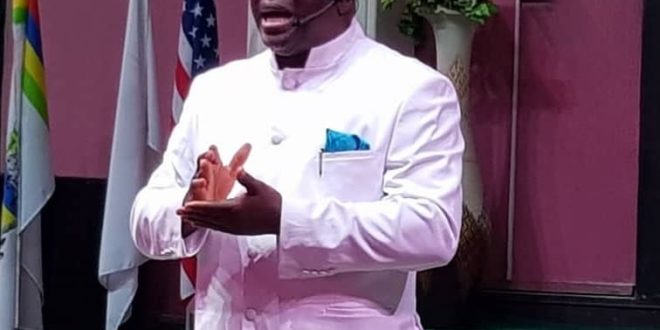 I am reminded of this Japanese proverb: “If you have fallen seven times, stand up eight.” A young man just returned to his parents’ home after being away for a year but his mother immediately knew that he was not what he used to be! He had become unusually quite, withdrawn and was always standing alone staring at nothing: DEPRESSION, THE FIRST MESSENGER OF DEATH!

Whenever his siblings offered to take him out, he would refuse all entreaties, insisting that he wanted to be alone as he was unhappy and sometimes complained about his inability to get a job. It was learnt that the mother woke up at midnight on that day to see if the house doors were locked and no electrical appliances left on as she usually did. Daily Manna 14 October 2019 – FALL SEVEN TIMES, STAND UP EIGHT!

To her utter shock, she saw her son lying in a pool of his blood in the kitchen with a knife protruding out of his body and his bowels ripped out, suggesting suicide; this is a story a come across in the Punch newspapers recently. The rate at which people are committing suicide WORLDWIDE in the past four months is alarming! It is clearly evident that the spirit of depression and suicide is ravaging nations to take away precious destinies.

Even though we have an account of a few people in the scriptures who committed suicide (king Saul, Samson, Abimelech, Jedas, Zimri, Ahithophel, etc), one truth about each of these stories of suicide is this: they didn’t have to end the way they did. They could have chosen a different destiny “bus-stop.”

God reminds us in stories after stories in His Word that he will never waste the pain we struggle through in this life, but He will INVEST IT and TURN IT AROUND for good! Refuse to allow your personal frustration in life to make you believe that God has forgotten you. Always remember this: THE GOD WHO DIVIDED THE RED SEE INTO TWO, LIVES IN YOU! He who took me CHRIS KWAKPOVWE from suicide, when had written me off, can handle your battles!

Catch this: Suicide shows that you have given up on God while He Himself has not given up on you; it connotes a life of unrepentant disbelief which shrinks the truth of the Father’s love, belittle the Son’s sacrifice, and therefore rejects the ministry of the Holy Spirit. See Jer 29: 11: “For I know the plans that I have for you, declares the Lord, plans for welfare and not for evil, to give you a future and a hope.”

No matter how the year 2019 has been , the Holy Ghost is saying: there is a future for you! Don’t give up now! Friedrich Nietzche said, “He who has a why to live can bear almost anyhow.” Hold on! Don’t miss the Lagos (Ogudu) Anointing Service of Saturday October 26th; TIME: 8.00am. Theme: “THIS LAZARUS MUST RISE AGAIN.” It will be a new day!!!